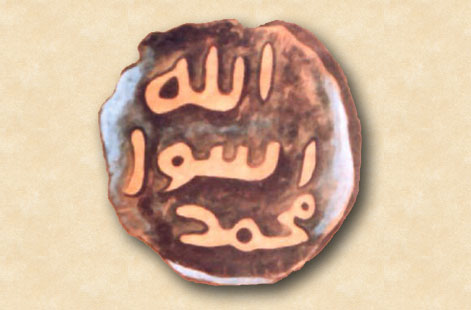 (Sept. 2012) – In the last few weeks the world has witnessed the response to an evil, insulting and abhorrent movie that maligned the noble character of Prophet Muhammad (PBUH).

Such insult to a religious icon has brought about overwhelming condemnation, and we believe that the vast majority of Americans disapprove of such attempts to sow seeds of hatred among people of different faiths and ethnic backgrounds. We would like to help our fellow citizens understand the complicated yet extremely sensitive nature of the whole situation. This in no way should be seen as condoning any violence in the name of our religion.

There are approximately 1.6 billion Muslims in the world today, representing different ethnicities and speaking different languages. In the United States of America it is estimated that the American Muslim population comprises almost every ethnicity of the world. What unites them is their faith in God, Almighty and their belief in Prophet Muhammad (PBUH) as the last Prophet of God.

Muslims all over the world love the Prophet (PBUH). This love for Prophet Muhammad (PBUH) takes precedence over the love of their own families and even love for themselves.

God Almighty declared Muhammad a “Mercy to the Worlds” (Quran: Chapter 21 verse 107). He was known as “The trustworthy” and “The one who always speaks the truth,” even amongst his enemies.

The Use and Abuse of Hate

He was the man who gave the honor of making the very first call to prayer to a former black Abyssinian slave while the rich and the aristocrats of Arabia stood watching by. His noble character is described in the Quran as, one with “exalted standard of Character” (Quran: Chapter 68, verse 4).

Muslims believe that the message of Prophet Muhammad (PBUH) was the same as the message brought by previous prophets like Abraham, Moses and Jesus (PBUT). They also love and respect these other prophets of God (Quran: Chapter 2 verse 285, Chapter 42 verse 13) and insult to any of these religious icons is an insult to their belief system itself (Quran: Chapter 6 verse 108).

When someone insults a messenger of God, it hurts all Muslims. The Muslim community has always welcomed intellectual and scholarly discourse on Islam, and history is witness to the fact that Muslim scholars debated in a civil manner with scholars from other faiths. But there is a difference between an intellectual and scholarly criticism and distasteful, cheap and offensive talk.
As Americans we understand the importance of the right to free speech and freedom of expression. American Muslims value this right on behalf of every American citizen and would never shy away from ever defending this right. We also feel that this right to free speech should be seen as a great responsibility. Freedom of expression and willful provocation will have different outcomes, and such is the case of free speech and hate speech. The right to freedom of expression should not be an opportunity to spread hate and pass insults on sacred religious icons. American society is mature enough to recognize that hate speech is not acceptable.

As mentioned in the Bible: There is one who speaks rashly like the thrusts of a sword, but the tongue of the wise brings healing (Proverbs 12:18, New American Standard Bible 1995). Let us all as Americans unite in bringing about the healing that is desperately needed in our global village today.

The Islamic Circle of North America is a leading American Muslim organization dedicated to the betterment of society through the application of Islamic values. Since 1968, ICNA has worked to build relations between communities by devoting itself to education, outreach, social services and relief efforts.